A plea for threadbare traditions by those wearing nostalgia on their sleeves.

“Dominion Day”, July 1st, was officially declared and made a public holiday in 1879 to celebrate Canada’s birth. And for decades since, community gatherings, bagpipes, a few songs, parades and fireworks helped mark the day.

But for many people, especially Canadian nationals like Mike Pearson, “Dominion Day” smacked of colonial connections that were passé. For them, a new flag in the 1960s and Canada’s growing confidence expressed at the Expo of 1967 in Montreal called for a day that celebrated the future of Canada, not its past. The rise of the Parti Québécois in the 1970s gave Trudeau-ruled Ottawa added impetus to put a rosy federal stamp on as many things as possible.

The end was nigh for Dominion Day by the early 1980s. It was gone shortly after the Queen and Prime Minister Trudeau signed the Proclamation of the Constitution Act on April 17, 1982. According to historian Matthew Hayday, 13 Members of Parliament remained in the House of Commons on a hot Friday afternoon in July and began debating a private Member’s bill, tabled by Quebec Liberal MP Hal Herbert, to amend the Holiday Act so as to change the name from Dominion Day to Canada Day. As Hayday told the Canadian Press in 2019:

“No one actually asked the Speaker of the House to verify that there was still quorum. Unless someone asks, it’s assumed that it still exists. But there was some doubt as to whether, in fact, there were enough members of Parliament in the House.”

Undeterred, the MPs held first, second and third reading in under 10 minutes on that hazy Friday afternoon. The bill eventually passed through the Senate and it became law later that year. With the stroke of a pen, Dominion Day was thrown into the dust bin of history in favour of the new and more on-brand “Canada Day”. Et voilà, a new day dawned. Waive the flag, and pass around some sponge cake.

However, some Canadians chaffed at having their Dominion Day taken away. They found possible salvation in the pages of The Globe and Mail and its mid-1990s campaign of selling t-shirts emblazoned with the slogan, “Bring Back our Dominion Day.” With William Thorsell at the helm, The Globe (the roots of which included a paper called The Mail and Empire), sold these shirts in a national campaign intended, in part, to promote a dialogue about Canadian identity.

[In the spirit of transparency: it’s quite possible that a member of the Parli team bought and wore a “Dominion Day” shirt, clinging to the beer-stained article until the early 2000s.]

But the Dominion defenders were tilting at red and white windmills. And in 2003, in his subtly worded editorial, Thorsell admitted begrudging defeat on behalf of a fellow Dominion lover.

“Michael Valpy and I may have to consider the possibility that we have lost the battle to sustain the lovely moniker, “The Dominion of Canada”, and with it, Dominion Day.” 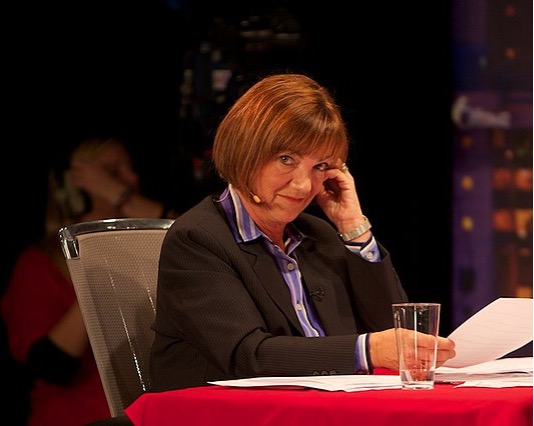